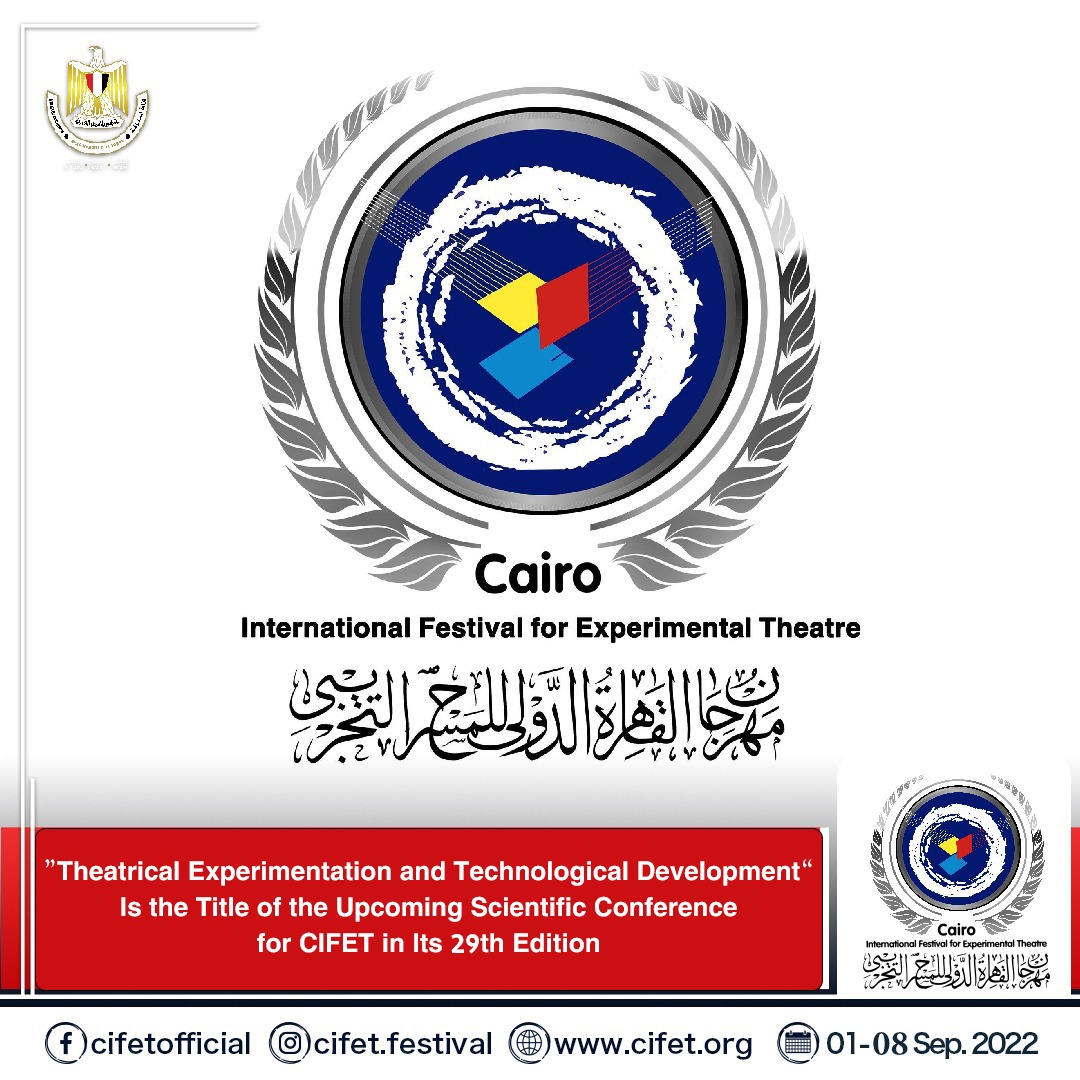 Under the patronage of the Egyptian Minister of Culture, Dr. Ines Abdeldayem, Cairo International Festival for Experimental Theater (CIFET) -headed by Dr. Gamal Yakout- announces holding a scientific conference entitled: Theatrical Experimentation and Technological Development. The conference aims at discussing how technological development affects experimentation methods in contemporary theater? Furthermore, the conference examines the impacts of technology, digital systems, and virtual worlds on the art of drama in general and theatrical performances’ techniques and elements in the world’s theaters nowadays.

Moreover, the conference includes a set of research axes which tackle all theatrical creation fields in terms of writing, presentation, performance, design, implementation and marketing. Additionally, the conference offers valuable opportunities for taking part in all fields of theatrical creation. Most notably, the festival publishes the research papers -approved by the jury- in CIFET research book. The festival also bears the expenses of travel, accommodation, and internal transportation for the authors of the shortlisted research papers, from Arab and foreign countries.

Regarding the conference’s axes, they are as follows: the first is the impact of technology on contemporary theatrical writing techniques (structures of virtual world’s scenes and techniques of writing in terms of impacts and vulnerability – the impact of digital technology on the mechanisms of production and reception in contemporary world theater).

The second tackles the presence of technology in the scenography of the world’s theaters nowadays (the scenes’ machine and the role of modern technology in establishing new methods for visual image makers – theatrical images’ modalities and their development in digital systems of virtual reality).

The fourth sheds light on the dominance of technology over performing arts in contemporary theater (theater and digital, synthetic, and homogeneous performing arts – future prospects and challenges – theater and the relation between the machine and the body… from the humanization of machines to the creation of new models such as the cyborg and digital theater).

Concerning the terms and conditions for participating in the scientific conference, they are all announced on CIFET’s official website and its platforms. A form for receiving research papers is published as well.

Most notably, the twenty-ninth edition of CIFET is scheduled to take place between 1-8 September.