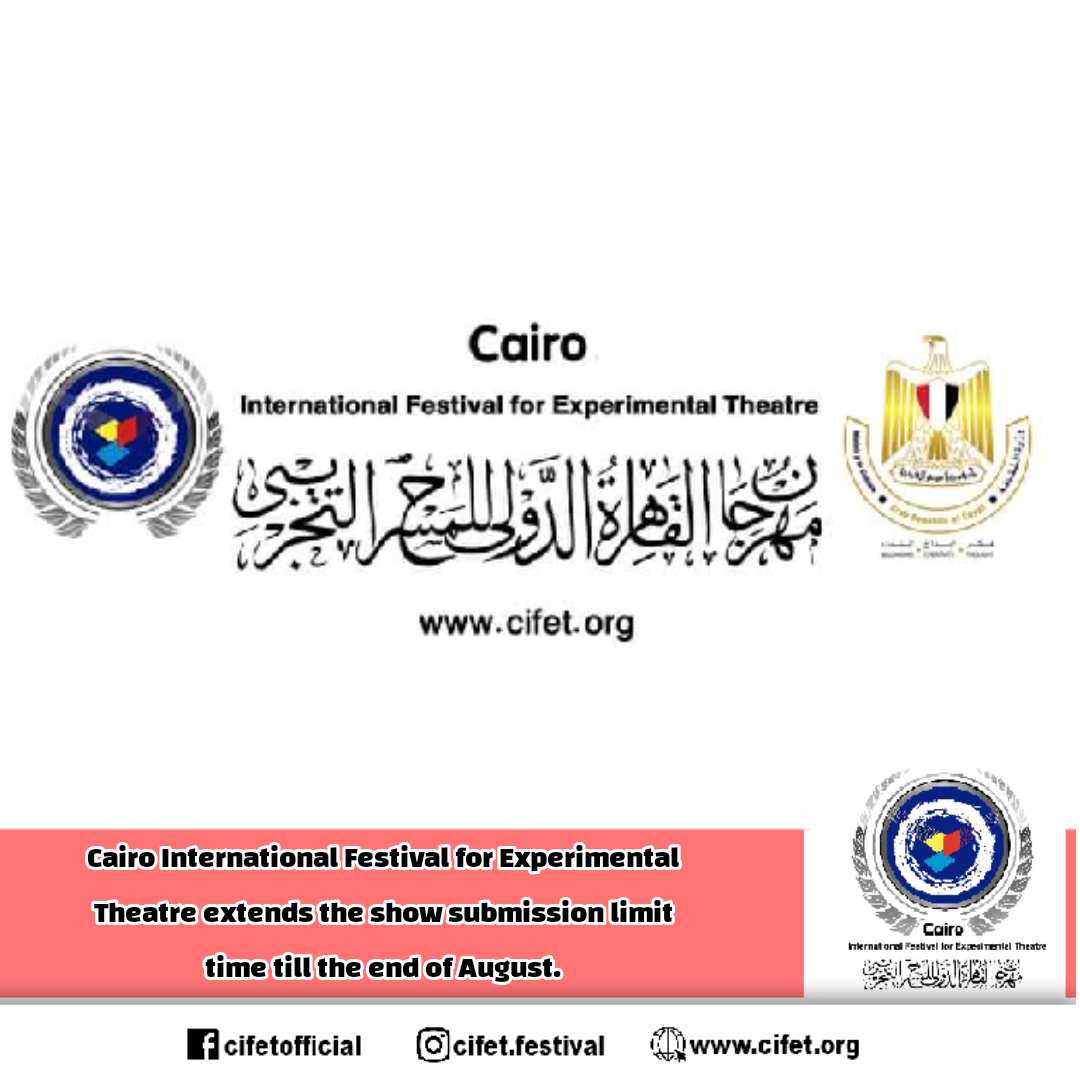 Cairo International Festival for Experimental Theatre board has decided to extend the time limit of the performances submission duration for the 28th edition of the festival till August 30th.

The festival is scheduled to kick off on next December 14th till December 19th 2021.Cifet will be bearing the costs of the full accommodation and domestic transportations for the participant troops up to 15 individuals.The participants will be accordingly required to bear any additional costs of flight tickets,equipment and decoration items shipping ..etc.

The selected performances will be carefully chosen by the festival’s scouting committee. It has to be mentioned also that the submission application would be automatically rejected if it did not include an attached video of the whole play.

The management board of the Cairo International Festival for Experimental Theatre for the 28th edition was earlier appointed by Ines Abdel Dayem the minister of Culture with the formation of Gamal Yaqout as the president of the festival,Mohammed Al Shafeiy and Saeed Qabil as the festival managers and by the contributions of Huda wasfy , Abu Elhassan Sallam,Ayman EL Shewy, Ahmed Mijahed,Asmaa Yahia Al Taher and Hazem Chebl as members of the board.