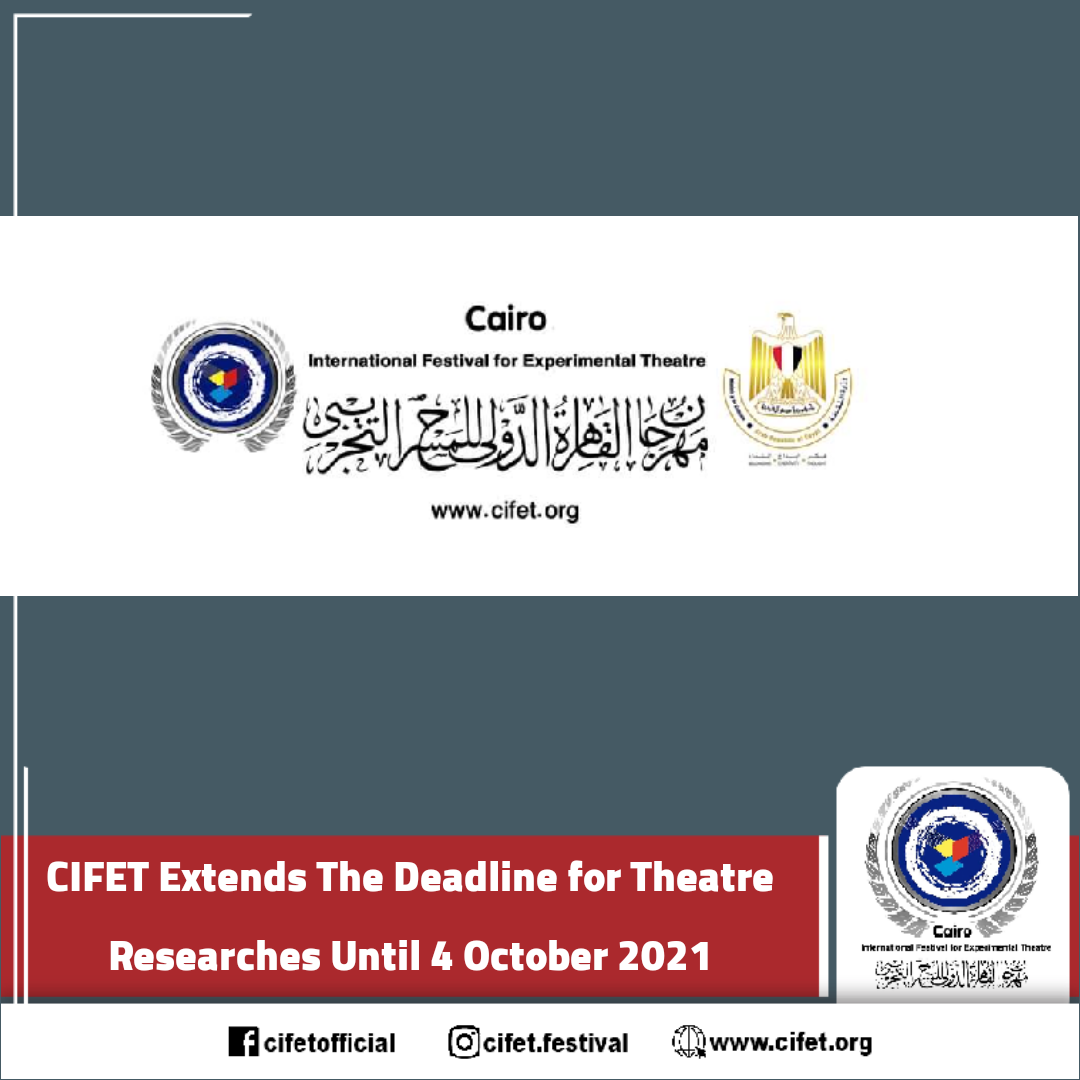 In its 28th edition, the Cairo International Festival for Experimental Theater has announced the extension of deadline to receive abstracts of researches aiming to be published within the event’s Intellectual Segment. The new deadline for the abstracts is Monday, 4 October 2021.

The festival welcomes researches around the topic of “Experimentation: between production and reception”, inviting researchers from Egypt, Arab countries and international scene to take part in the initiative.

The festival’s Intellectual Segment will tackle topics such as: