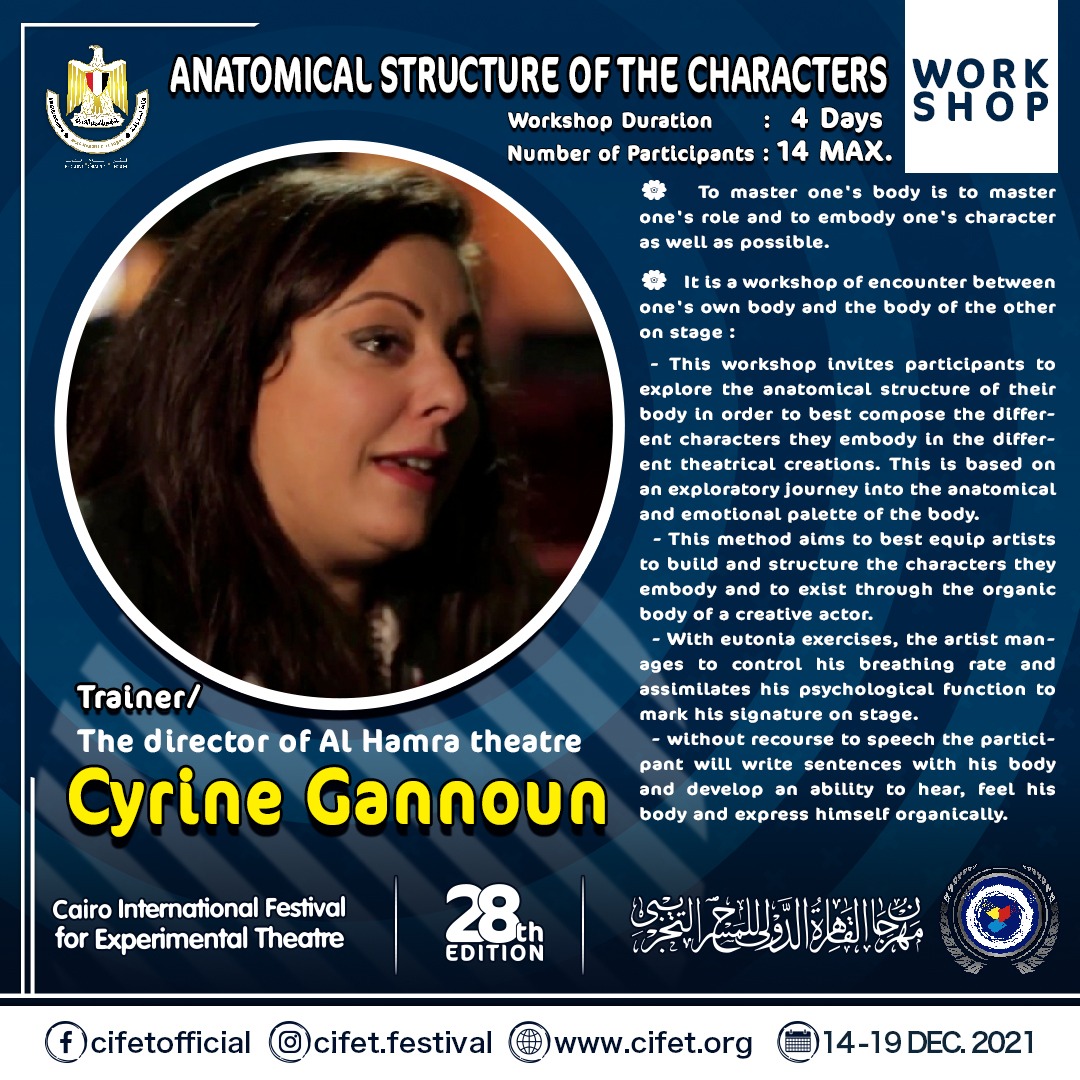 The Tunisian artist Cirene Qannon will be training participants of The Cairo International Festival for Experimental Theatre 28th edition workshop under the title “theatrical role play and characterization “.The workshop is designed to help participants to explore their own bodies anatomy for better characterization they are to do when acting any given role.

That method of exploring and analyzing the physical and emotional formation of each of the participants would aim at helping them building and developing characters they perform and their details.The workshop will also contain some practices through which the actors would be able to control and master their breathing and be able to use that as a part of his characterization.

The participants will be asked to write certain statements using their bodies and to evolve their hearing sensitivity.

Qannon is the director of Alhamraa theatre who is essentially an actress and a theatre director.

She previously directed -in acooperation with director Magdy Abu Matar- the play “Shaqaf” for which she won 10 local and international prizes.