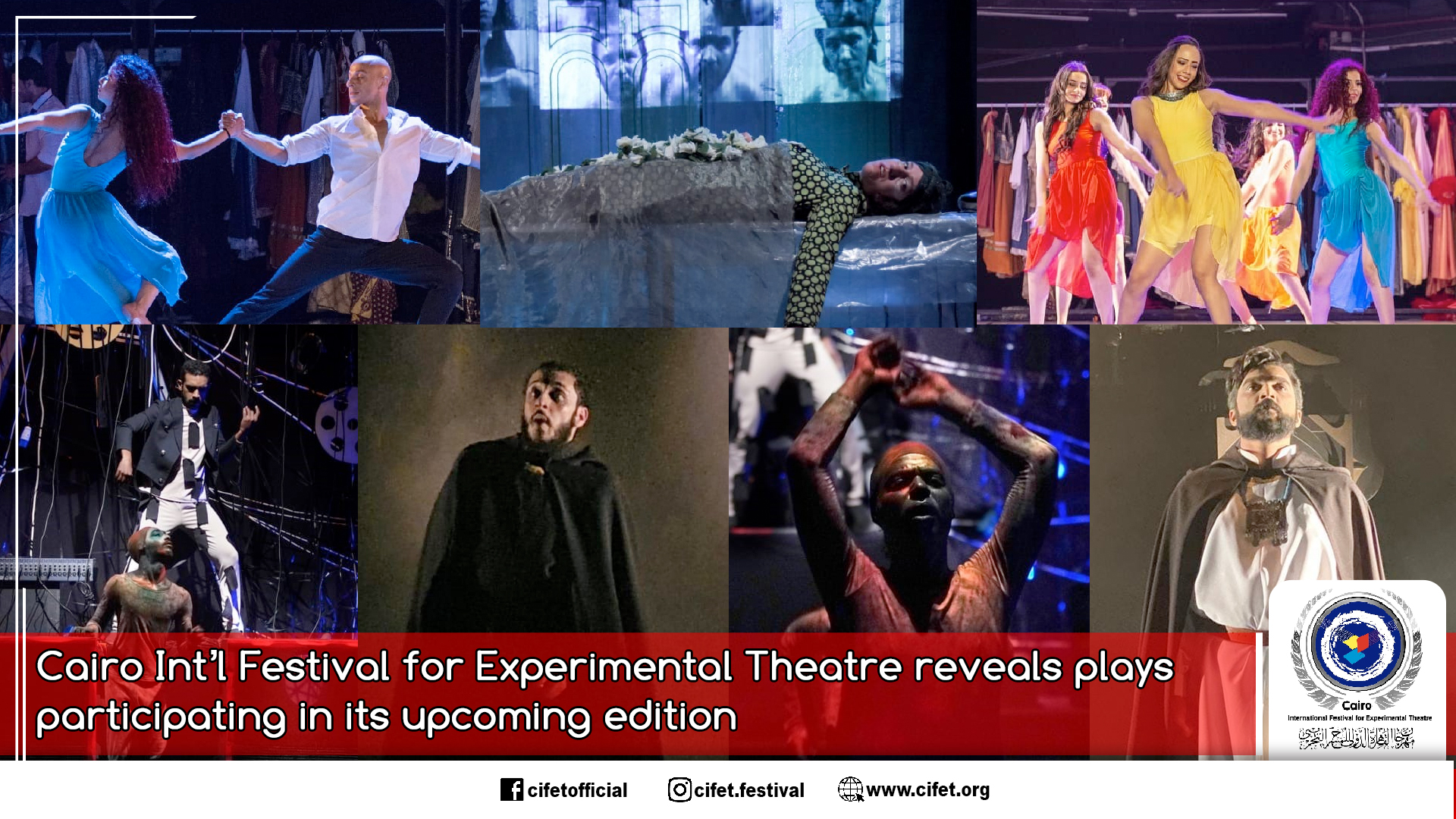 The management of the 28th Cairo International Festival for Experimental Theatre (CIFET) revealed the list of plays accepted to be performed within the festival’s upcoming edition scheduled to take place between 14 and 19 December.

The official competition will showcase 16 performances, two from Egypt and 14 international plays. They include  Antigone (Greece), Mami Wata (UK), An Ordinary Day in the Life of the Dancer Gregor Samsa (Italy-Denmark), Caligula (Ukraine), Deals With God (Germany), Maria Zaitun (Indonesia), 970 (Palestine), The Last Comedy (UAE), Complete Silence (Bahrain), The Pig (Saudi Arabia), The City Is Mine (Morocco), The Eagle Regains His Wings (Sudan), The Bird’s Logic (Tunisia), Amedia (Kuwait), in addition to Egyptian entries: Defile by the Egyptian Modern Theatre Dance Company and Gemini produced by the General Authority of Cultural Palaces.

The out-of-competition segment will present Love Tronics produced by Ezzat Ezzat Contemporary Dance Studio and The Guaranteed Way to Get Rid of Stains by the Black and White art troupe.

A total of 285 performances – 118 from Egypt and 167 from international troupes – were submitted to the CIFET’s 28th edition which is presided over by Gamal Yakout. The artistic directors are Mohamed Abdelrahman El-Shafei and Saeed Kabeel.

The committee in charge of choosing the international plays was chaired by Dina Amin, a stage director and Associate Professor of Theater at American University in Cairo, joined by the Egyptian artists, Latifa Fahmy and Ahmed Mokhtar, and the American scenographer John Howe.